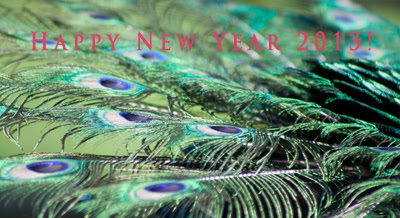 I wish you all a New Year filled with joy, good health and lots of inspiration!
Thank you for following my posts and being a part of my creative journey.

All the best,
Jacqueline
Posted by Unknown at 5:17 PM No comments:

I'm pleased to announce that the Nova Scotia Designer Craft Council has accepted me as a juried member.

Some of my landscape paintings can now be purchased at The Designer Craft Shop, same entrance like the Mary E. Black Gallery in Halifax next to Pier 21.

Posted by Unknown at 4:00 AM No comments:

The moon continues to fascinate me.

A Moment in Time is one of my new moon paintings. It can now be purchased through the Art Sales & Rental Gallery in Halifax next to the Art Gallery of Nova Scotia.

All moon paintings are mixed media with a top layer of oil paint.
Posted by Unknown at 4:00 AM No comments:

Email ThisBlogThis!Share to TwitterShare to FacebookShare to Pinterest
Labels: A Moment in Time, Art Sales and Rental Gallery, for sale, halifax, moon

The Goal by Chris Guillebeau

This is a wonderful articel at The Art of Non-Conformity blog. Chris speakes about goals:

"1.
To wake in the morning full of life and energy, awaiting the day with anticipation and purpose.
To step out into the world ready to accomplish a significant task.
To engage and initiate instead of merely responding. To take the active choice that you will make something happen.
2.
To maintain harmony and goodwill in relationships. To follow Shakespeare’s adage: love all, trust a few, and do wrong to no one.
To focus on contribution and...".Read more
Posted by Unknown at 4:07 PM 1 comment:

The SCA Exhibit at the Halifax Club is now online and available to view and purchase via PayPal. A big resounding thank you to our SCA webmaster Ann Kruzelecky, Associate and David To and Tom Fung of Go Radii.

The Catalogue of Paintings can be seen at the following link:

The exhibition is on view until the end of December 2012.
Posted by Unknown at 7:34 AM No comments:

Thursday, November 15th:
Dawn Josey presents “Research to Artwork”
Dawn Josey, a visual artist, has taken her family research from paper to works of art telling the story for generations to come. Come hear how your story can be told visually. Dawn Josey is a mixed media artist living in Enfield, Nova Scotia. She is an elected member of the Society of Canadian Artists and a board member of Visual Arts Nova Scotia who exhibits her work in group and solo shows throughout the province. She is currently continuing studies at NSCAD University.
Posted by Unknown at 4:00 AM No comments:

Naomi Levine and Peter Gough at the Halifax Club Exhibition


Tuesday, October 30th:
Naomi Levine & Peter Gough present “What is Art? The Value of Art & Collecting Art”
Peter Gough will share excerpts from a speech given by Kevin Spacey at the Kennedy Centre in Washington, DC as part of the National Arts Advocacy Day in 2011. Peter Gough is an internationally recognized visual artist living in Bridgewater, Nova Scotia. Peter has exhibited in Scotland, England, Germany, the United States and nationally in Canada. He is vice president of the Society of Canadian Artists and an elected member represented by galleries in Toronto, Montreal, Saint John and in Nova Scotia.
Naomi Levine is a lawyer and avid collector of art who lives in Manitoba and Nova Scotia. She has been involved on the boards of performing and visual arts groups and has represented artists. She is Chair of the Board of the Winnipeg Art Gallery, represents Manitoba on the Board of the Fathers of Confederation Buildings Trust and is a member of the Canadian Art Summit. Ms. Levine will speak about the relationship between public galleries, governments and artists and about the role of artists in the community.
Posted by Unknown at 1:06 PM No comments:

It is nature’s beauty that interests me the most. I strive for a dialogue, a connection between organic forms, colours and my imagination. Using bold combinations of colour helps me to translate my perception onto the canvas.

With this blog I like to give you an insight into my creative practice. Comments are welcome. Thank you!